All Collections
How to use global demand data
Marketing and Advertising
How does Demand for my content brand ebb and flow during and in between seasons?

How does Demand for my content brand ebb and flow during and in between seasons?

Using Demand Expressions we can easily look at demand over time and overlay when seasons were on air, or movies were released.

For example, demand for a top brand is at its greatest while a series is originally airing. Demand during its current season was much lower than the demand during the previous season. 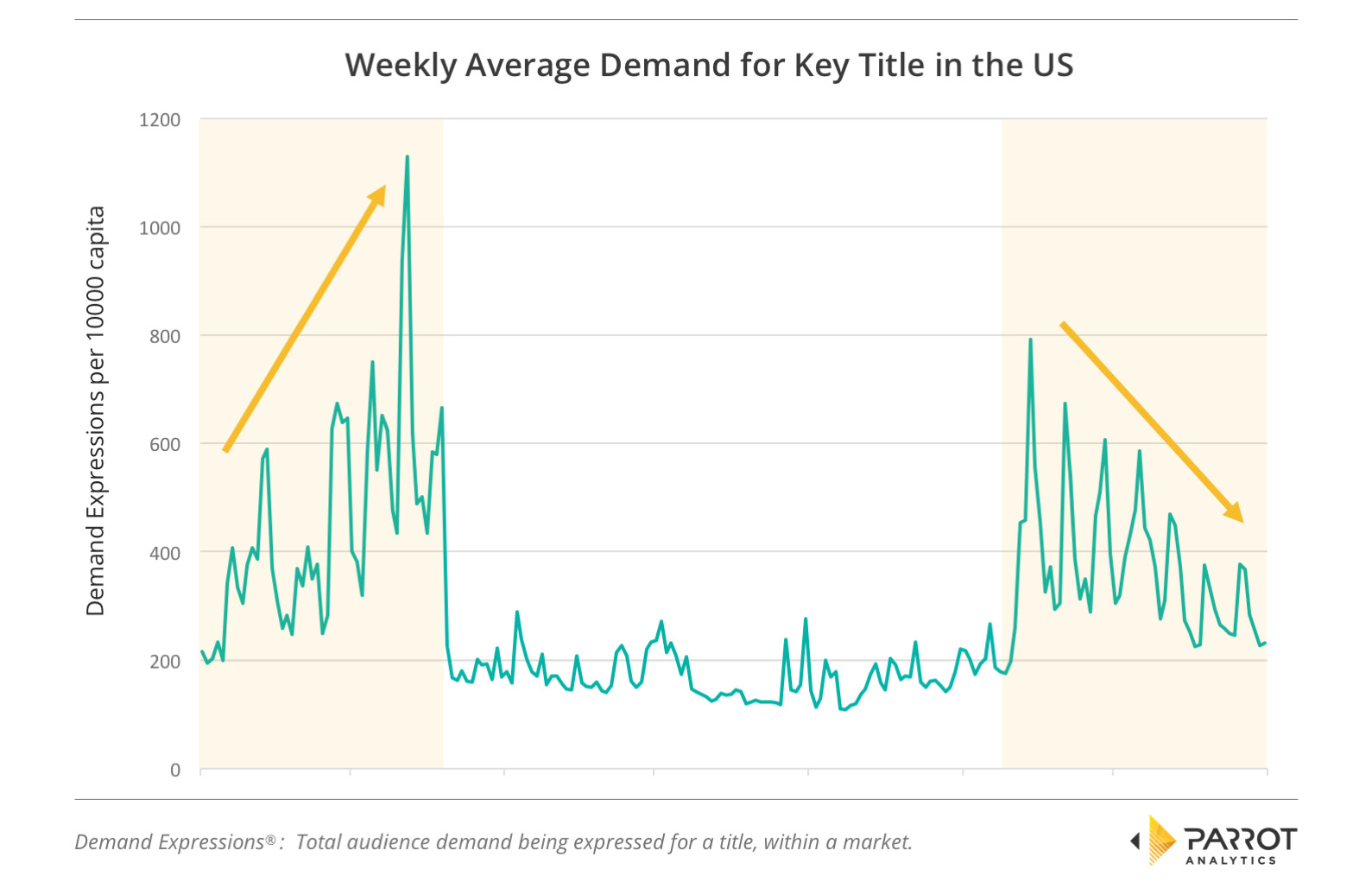 For benchmarking, you can add any released show or movie title you want regardless of original network, studio, or whether it's legally available in a market, or not.