Here is a graphic that provides an example using specific demand data: 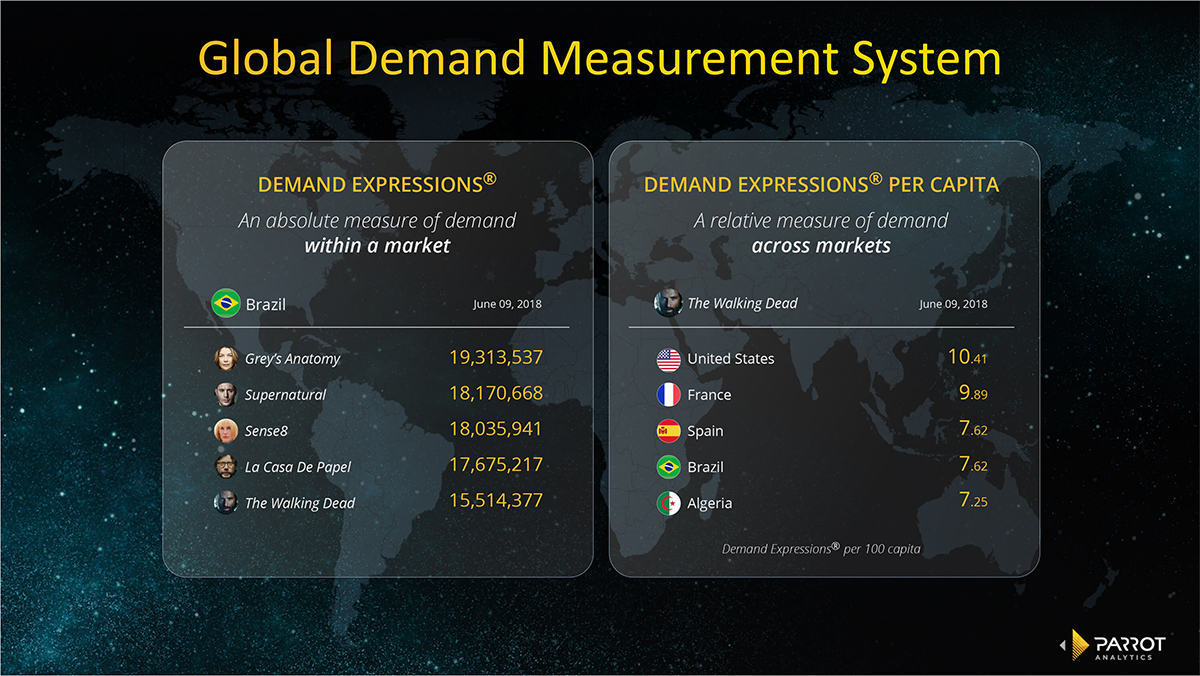 All demand expressions, such as social media comments or P2P file downloads, are captured with no panels or extrapolation involved. And they are country-specific as they incorporate the country's population and enable comparison of titles within a single market. In addition, there is no ceiling to the number of Demand Expressions per capita a title can generate.

The demand for a specific title in one country can therefore be compared with its demand in another country, on a straight-line basis. For example, if the demand per capita for a title is 50 in market A, and 25 in market B, then it can be said that this title has twice as much demand in market A compared to market B.

Here is a summary graphic to explain this further: 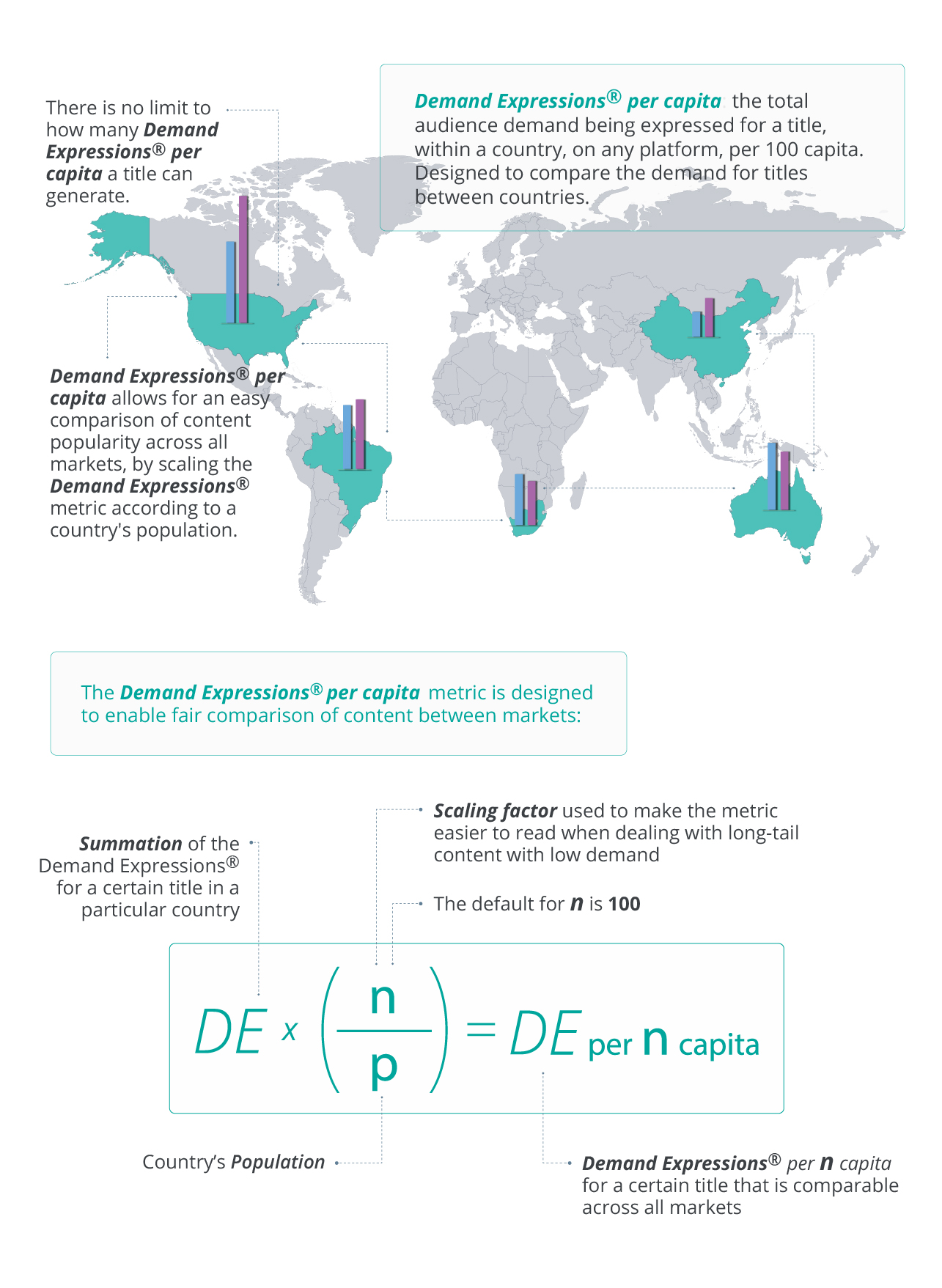 How is Demand per capita calculated?

Demand per capita represents the total audience demand being expressed for a title, within a country, on any platform, per 100 capita.

Demand per capita is therefore based on the market-specific Demand Expressions for a title in a country, adjusted for that country's population size and multiplied by a factor of 100 to aid readability in DEMAND360 Enterprise. The default scaling factor (n, in the formula above) is 100 but 10,000 is also available for selection. Using a scaling factor makes the metric easier to read when dealing with long-tail content which typically has low demand.

Demand Expressions can be thought of as a currency, or an absolute points system, which gives you the ability to rank all titles in any given market by the absolute audience demand that is expressed in one country. With demand per capita you can now compare demand for any title, across multiple countries.

Is Demand per capita a measure of audience viewership?

Demand Expressions do not strictly correspond to a physical interpretation: They are not the same as the number of people interested in or related to a given title. The reason for this is that each component of Demand Expressions is weighted depending on how strongly it indicates demand for the title.

For example, a like on the show's Facebook page is not as indicative of demand as a P2P file download, where the user is actually consuming the content. Therefore, a like is weighted much lower than a download in the Demand Rank algorithm. Another way to put this is that a stream or download is considered a much more important expression of demand than a social “like”.

Demand per capita is based entirely on the underlying metric of Demand Expressions, and it is thus not a measure of viewership. Likewise there exists no upper limit of a title's demand per capita.

In summary, global demand data captures what content people want in a particular country, and around the world.