Parrot Analytics utilizes advanced, large-scale sentiment and mood analysis pipelines to uncover overall audience feelings, as well as specific moods towards particular episodes, seasons or overall titles or brands. The sentiment and mood analysis provide a deeper layer of understanding into the relationship between content and its consumers, adding a contextual layer of insights to the industry’s leading content demand measurement system.

In a rapidly developing field, Parrot Analytics’ sentiment and mood analysis is based on learnings from the most respected scientific authorities in the space, combined with the latest machine learning advances. For example, the Sentiment and Mood ML system incorporates both Professor Robert Plutchik’s psychoevolutionary theory of emotion – one of the most cited approaches to classify innate emotional responses that drive human behavior at a biological level – and aspects of W. Gerrod Parrott’s work.

Using text-based data from social networks, forums, fan and critic ratings platforms and community-based sites, Parrot Analytics carries out episode-specific sentiment analysis that can be drilled into as well as aggregated to track the overall seasonal changes in sentiment. The Parrot Analytics ‘Opinion Index’ is used to measure the overall sentiment for a TV show:

The following chart shows an example of episode-by-episode sentiment analysis (note sentiment can be established prior to the start of a season, post season, in-between seasons, or even for an existing piece of IP that is yet to be revived or commissioned for new content): 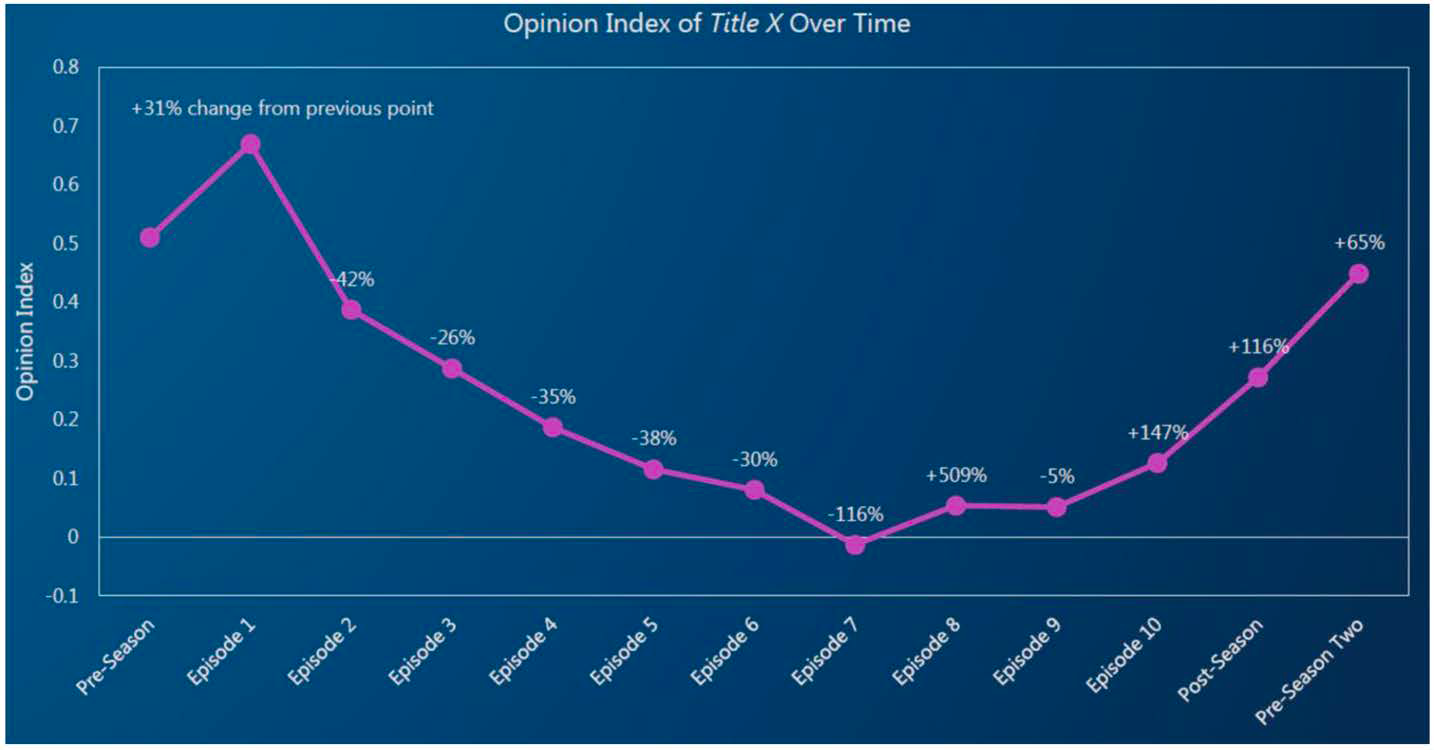 Sentiment can also be expressed in terms of primary audience moods, expressed as % contribution. Parrot Analytics’ mood analysis is currently based on a combination of ML and computational linguistic techniques, following Professor Robert Plutchik’s psychoevolutionary theory of emotion. By incorporating social tagging, episode labels and other contextual metadata via the company’s Content Genome™, this approach avoids the issue of “social noise” that plague every other “sentiment measurement” product out there, to ensure accurate mood analysis specifically designed for the content industry.

The underlying data for these eight emotions is generated by applying a custom lexicon trained based on word-emotion associations, specifically set up to handle social TV datasets.

The following chart shows an example of Parrot Analytics’ mood analysis for a TV show over multiple season life-cycle stages (note this can be carried out by episode, towards specific characters, etc.): 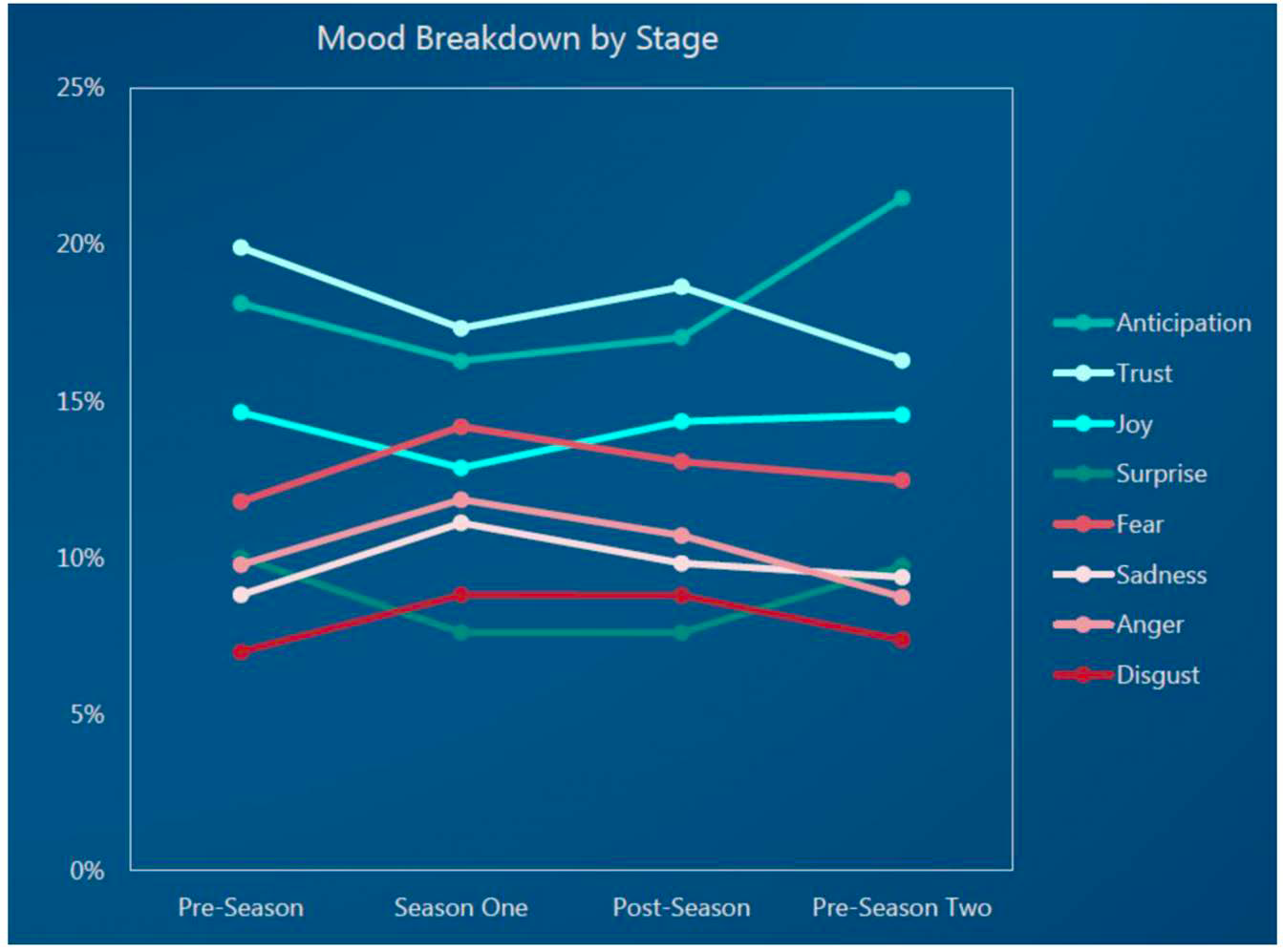