All Collections
About global demand data
Demand Rank
What is DemandRank™?

DemandRank™ is our global TV analytics algorithm that weights each expression of demand based on the time and effort it takes by the consumer. For example, a purchase is a stronger indication of demand for a show than a page view, so it would have a higher weight. Similarly, streaming an entire episode of a TV show will be rated higher than making a comment on a social media platform. This allows us to filter through the 'noise' out there and assess the true levels of demand. 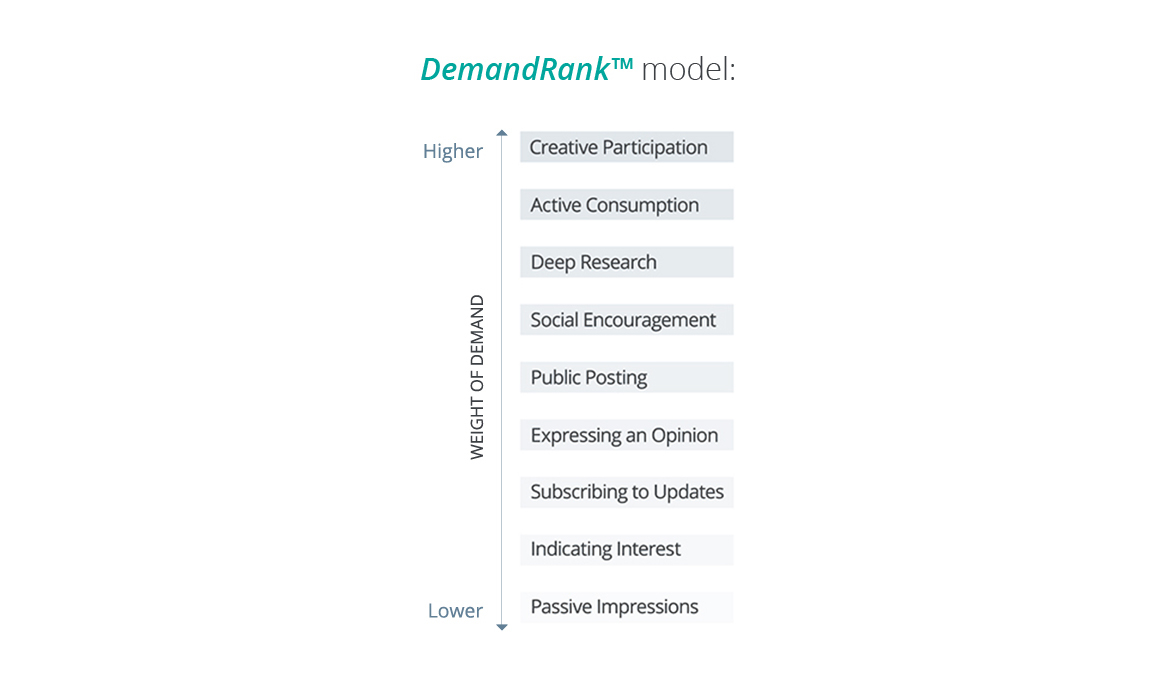 The high-level Demand Expressions formula for a certain show in a certain country is:

To go deeper, the result — DE — are the Demand Expressions for that show in that country, as captured by our global television content analytics engine. The first term, P, factors in the country population dimension. Inside the summation, the e subscript refers to the expressions, such as likes, comments, edits, downloads, etc., that we are aggregating. The first term, 'we', is the weighting applied to each type of expression according to our Demand Rank model; for example, a purchase is a stronger indication of demand for a show than a page view, so it would have a higher weight. The second term, de, incorporates the numeric value of the expression: for example, 20 likes or 500 views.

For comparison, a good example of a well-known ranking algorithm is Google's PageRank.