What are Corporate Demand Shares?

Consolidation has been a trend in the media industry for many years, with the major media conglomerates like Disney, WarnerMedia and Comcast continually acquiring smaller studios to gain that vital content edge. Even large media companies like FOX found themselves unable to compete, with FOX eventually selling itself to Disney. Corporate Demand Shares looks at the total series assets owned by these media giants to assess the top end of the content market.

In the Originals Demand Shares analysis article, we explained how certain platforms were integrated together into a single entity. This is done to unify networks with their streaming arms (e.g. combining NBC and Peacock) and also so that similar channels were more accurately represented (e.g. combining FX and FXX).

For the Corporate Demand Shares analysis, we take the next step and combine these entities based on the ultimate corporate parent. For example, the CBS broadcast network and the Paramount Plus streaming service are both owned by ViacomCBS. These are already combined in Originals Demand Shares analysis, but now they are also combined with ViacomCBS’ other assets: Comedy Central, MTV, Nickelodeon, Showtime and so on.

The example below demonstrates Corporate Demand Share by month in the United States. 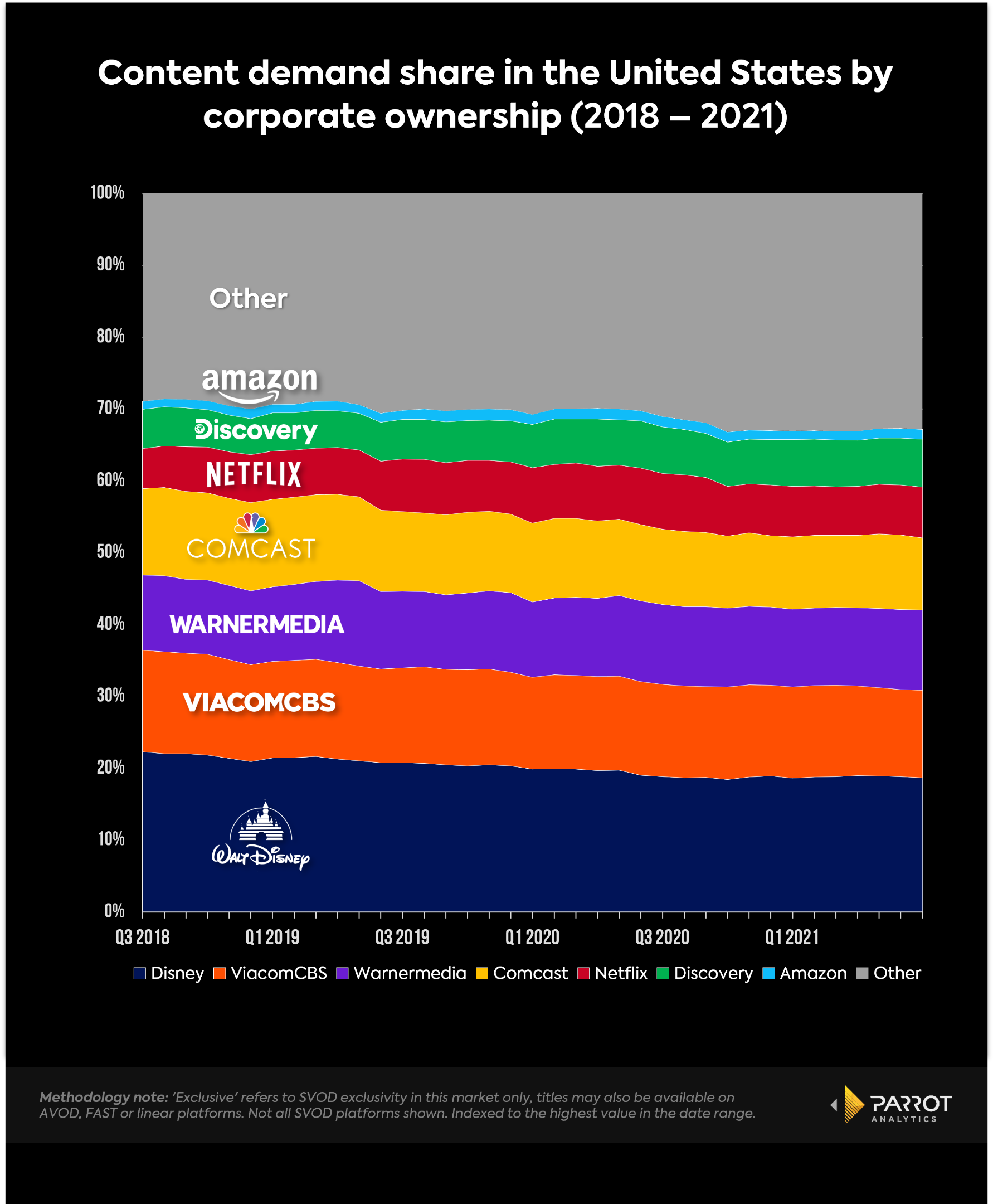 Corporate Demand Share is an approximation of rights ownership

Please note that as with Originals Demand Shares analysis, this analysis is ultimately based on the network where each series originally aired/streamed. While original network is a good proxy for rights ownership, especially given the current trend of reclaiming licensed content for owned platforms, it does not always align with the actual rights ownership for individual series.